To help support St Mary’s please click on the link below. 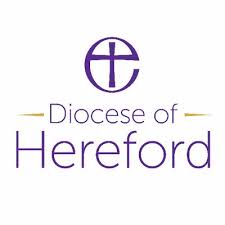 We are part of a group of Anglican churches including Chelmarsh, Billingsley and Glazeley. Together we make up the Severn Valley Benefice which is part of the Bridgnorth Deanery within the Diocese of Hereford.

A benefice is a parish or group of parishes, normally under the care of a single stipendiary (paid) minister, although a number of other arrangements are possible. We have 1 benefice.

A deanery is a group of neighbouring parishes forming an administrative area. Each deanery is overseen by a Rural Dean (an ordained minister) and a Lay Chairman (not ordained).

Each deanery has a Deanery Synod made up of the clergy and elected lay representatives from the parishes.  The Deanery Synod is a forum for the parishes to exchange views on issues affecting the Deanery.  Its members also elect representatives to the Diocesan Synod and also to the General Synod, which is the legislative and deliberative body of the Church of England.